HERMÈS MADE IT, FOR HIM AND HER... 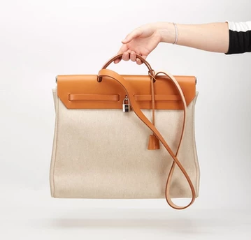 Inspired by formidable women, every Hermès bag has a feminine influence. From the Kelly to the Birkin, the brand’s devotion to their main consumer is quite evident. Efficiency meets Elegance in every Hermès bag, when sophistication is no more an option, but a timeless attribute. 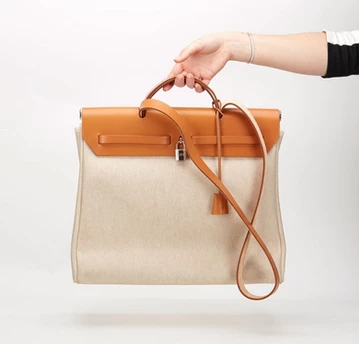 Instantly recognizable as a Hermès bag, with its flared out base closure akin to that of a Kelly, the herbag is an undercover Hermès design, Released in 2000 under the direction of Jean Paul Gaultier, it was discontinued few years later, only to come back down the decade under the name Herbag Zip. The model comes with a removable wallet inside and a back pocket on the outside. Made from durable canvas and trimmed in cowhide, the herbag is a modern and contemporary bag, a great starting point for an investor looking for a classic Hermès bag without a five-digit price tag.

“His or Her” bag is often referred to as the 2-in-1 bag because you essentially get two handbags in one. Leather handles and top frame pair nicely with sturdy, heavy weight canvas for a lightweight, yet durable bag. A removable leather strap allows you to carry the Herbag in cross body or shoulder-leveled for the ultimate versatility. 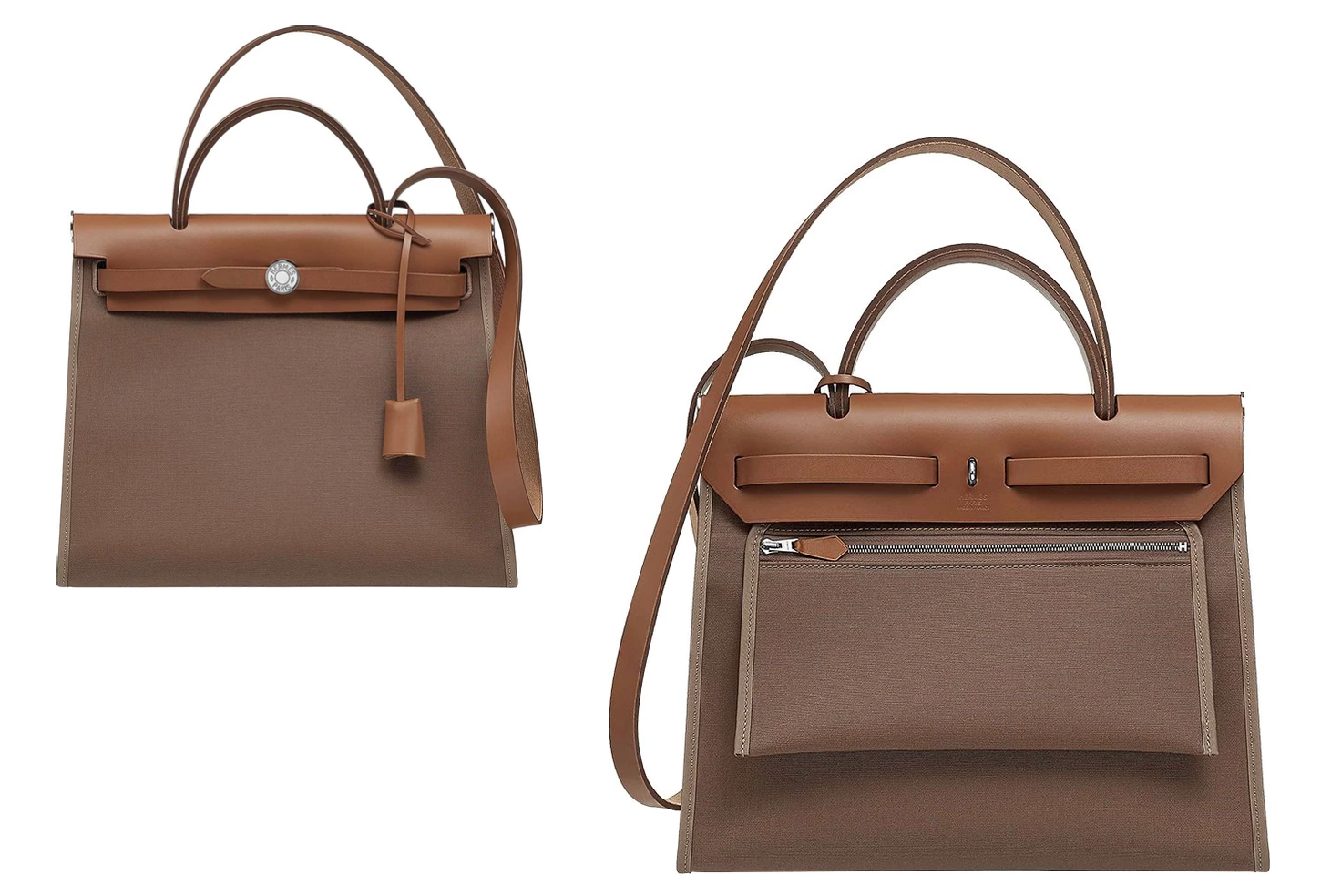 On the front, we can observe an upper leather with a canvas body, short strap for hand carry, and a long strap for shoulder-carry. A hanging clochette in matching leather and obviously a signature branded Hermès closure. The thick hardwearing canvas makes the Herbag an ideal travel bag, and its tan leather matures with a vintage look.

The upper section of the herbag is made from different skin leather, a magnificent quality cowhide that’s thick and durable. This whole part is removable, fixed on by palladium Hermès hardware, which means the canvas part can be swapped for different sizes and designs. The herbag is often modelled with a Hermès twilly wrapped around the handle, which gives it a range of color.

Around the sides, we have branded Hermès hardwares that runs through the bags as a pole, allowing the top to be entirely removed. Like the Kelly, the herbag has a subtle trapezoidal shape, with a slightly wider base than top.

The Herbag MM (Moyen Modèle) is a little smaller than the largest Kelly. The herbag range comes in three sizes and there’s even a backpack version! But there’s on chronic argument around this bag, its composition. The herbag is considered cheaper compared to the other Hermès goods, which could reflect in the materials used. That’s a completely unfair comparison. Each bag has its own characteristics and details.

Taking the same example as in the description upper, the Vache Hunter leather Herbag. This cowhide leather is known to be durable, thick and strong. Its only semi waterproof, meaning she can get wet in the rain but preferably no drenched.

The front closure details: Th herbag is closed by a mechanism we all familiar with, it’s almost like the Birkin and the Kelly, only simplified. The bag is closed with two overlapping leather straps. Both of the straps will be pointed much like the snakehead finish on the Chanel Boy. Last but not least, a smaller detail only curators would see, the closure button is stopped on the interior by a piece specially cut leather.

This discontinued bag is becoming an increasingly rare find! In 2009, the Herbag is commercialised again, with a new silhouette and name. Nothing really changed except the Zip pocket, that’s genuinely what gave it its name. The zip pocket is attached to the back of the canvas body, perfect for storing little things that you seek in the bottom of your back throughout the day.

The Herbag is very reasonably priced for a luxury bag, if you ignore its construction shortcomings. Louis Vuitton and Dior are more accessible luxury brands with tons of items that sell for a similar price. You are definitely safer carrying this than a Kelly, Constance or Birkin.

Here at Opulence Vintage, we have a range of very rare Hermès Bags including Kelly, Constance, Birkin, Drag and a lot more! Check out our website to see if you find the bag of your life!

The Herbag is an entry level Hermès bag with no waitlist or purchase requirements. So if you’re super lucky and walked into a Hermes store that just happens to have this displayed on the glass shelf, buy yourself one.